“I wanted a mission, and for my sins, they gave me one” 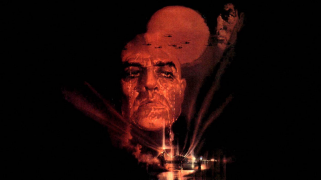 The Unsound Methods of 3XH181T A is a massive, safe nation, ruled by The Horror with a fair hand, and renowned for its unlimited-speed roads, keen interest in outer space, and stringent health and safety legislation. The compassionate, democratic, cheerful population of 2.53 billion 3XH181T Aers are free to do what they want with their own bodies, and vote for whomever they like in elections; if they go into business, however, they are regulated to within an inch of their lives.

The large, socially-minded government juggles the competing demands of Education, Administration, and Environment. It meets to discuss matters of state in the capital city of Coppola. The average income tax rate is 95.2%.

The frighteningly efficient 3XH181T Aian economy, worth 442 trillion Mangoes a year, is driven entirely by a combination of government and state-owned industry, with private enterprise illegal. The industrial sector, which is quite specialized, is led by the Information Technology industry, with major contributions from Tourism and Book Publishing. Average income is an impressive 174,718 Mangoes, and distributed extremely evenly, with practically no difference between the richest and poorest citizens.

Mandatory updates on software drivers often bring life to a halt, religious people are committed to mental institutions for treatment, the pursuit of wanted criminals ends at the entrance of the pay'n'spray garage as police refuse to enter any private property, and you can check out of an asylum if you've changed your mind. Crime, especially youth-related, is totally unknown, thanks to a capable police force and progressive social policies in education and welfare. 3XH181T A's national animal is the Water Buffalo, which frolics freely in the nation's many lush forests, and its national religion is Pagan Idolatry.

Vengeance up on those who invades,

Cards of Eagles 6, and