“Hope springs from the ashes” 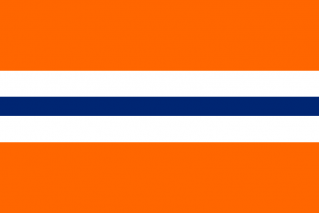 The Republic of Abtracnt is a colossal, socially progressive nation, notable for its multi-spousal wedding ceremonies, punitive income tax rates, and stringent health and safety legislation. The compassionate, democratic population of 9.654 billion Abtracntics are fiercely patriotic and enjoy great social equality; they tend to view other, more capitalist countries as somewhat immoral and corrupt.

The government — a sprawling, bureaucracy-choked morass — juggles the competing demands of Education, Healthcare, and Environment. It meets to discuss matters of state in the capital city of Ardentia. The average income tax rate is 79.9%, and even higher for the wealthy.

The strong Abtracntic economy, worth 541 trillion Dollars a year, is highly specialized and mostly made up of the Tourism industry, with significant contributions from Book Publishing, Pizza Delivery, and Cheese Exports. State-owned companies are reasonably common. Average income is 56,115 Dollars, and distributed extremely evenly, with little difference between the richest and poorest citizens.

Brancalandian Brie isn't available anywhere in Abtracnt, factories are regularly demolished to make way for low-cost housing areas, heartfelt sentiments are mercilessly marketed by a million-Dollar treacle machine, and a government program is underway to revitalize Abtracnt's beaches. Crime, especially youth-related, is totally unknown, thanks to a very well-funded police force and progressive social policies in education and welfare. Abtracnt's national animal is the Siberian Wolf, which frolics freely in the nation's many lush forests.

Abtracnt is ranked 200,148th in the world and 7,909th in The East Pacific for Largest Automobile Manufacturing Sector, scoring -14.21 on the Henry Ford Productivity Index.