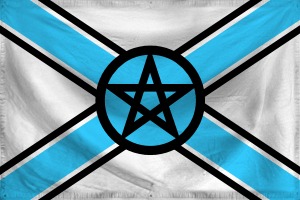 The Principality of Aeritania is a massive, genial nation, ruled by Iskander var Kelos with an even hand, and notable for its daily referendums, compulsory military service, and punitive income tax rates. The compassionate, democratic population of 3.637 billion Aeritanians have some civil rights, but not too many, enjoy the freedom to spend their money however they like, to a point, and take part in free and open elections, although not too often.

The large government juggles the competing demands of Education, Welfare, and Healthcare. It meets to discuss matters of state in the capital city of Viira. The average income tax rate is 58.5%, and even higher for the wealthy.

The strong Aeritanian economy, worth 228 trillion azoths a year, is quite specialized and dominated by the Tourism industry, with significant contributions from Door-to-door Insurance Sales, Soda Sales, and Information Technology. State-owned companies are common. Average income is 62,752 azoths, and evenly distributed, with the richest citizens earning only 2.3 times as much as the poorest.

Dynamite sales and concert audiences are booming, mathematicians are hated by children across the country, Iskander var Kelos has been known to threaten dissenting citizens with a machine gun at press conferences, and a major religion has been named as Aeritania's national religion. Crime is totally unknown, thanks to a well-funded police force and progressive social policies in education and welfare. Aeritania's national animal is the seagull, which soars majestically through the nation's famously clear skies.

Aeritania is ranked 185,640th in the world and 4,472nd in the Rejected Realms for Largest Basket Weaving Sector, scoring -6.8 on the Hickory Productivity Index.