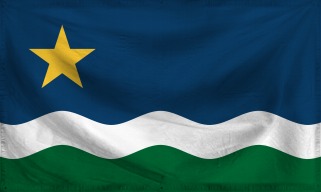 The Sovereign Rule of Aestorn is a colossal, environmentally stunning nation, ruled by Older Pig with an even hand, and notable for its infamous sell-swords, absence of drug laws, and compulsory gun ownership. The compassionate, hard-working population of 8.667 billion Aestornians have some civil rights, but not too many, enjoy the freedom to spend their money however they like, to a point, and take part in free and open elections, although not too often.

The enormous, corrupt government is primarily concerned with Administration, with Healthcare also on the agenda, while Law & Order and Spirituality aren't funded at all. It meets to discuss matters of state in the capital city of Gipi. The average income tax rate is 39.3%, but much higher for the wealthy.

The thriving Aestornian economy, worth 143 trillion coins a year, is extremely specialized and mostly comprised of black market activity, especially in Arms Manufacturing. Average income is 16,588 coins, and evenly distributed, with the richest citizens earning only 2.2 times as much as the poorest.

Economic output is rising as the chronically depressed are persuaded not to burden society, the government has returned all business to private ownership, feeling like a winner comes at a price, and political gridlock ensues as even the most innocuous legislation is vetoed by the Supreme Court for potential civil rights violations. Crime, especially youth-related, is all-pervasive, perhaps because of the country's complete lack of prisons. Aestorn's national animal is the human, which frolics freely in the nation's many lush forests, and its national religion is Atheism.

Aestorn is ranked 1,616th in the world and 4th in New Western Empire for Most Beautiful Environments, with 3,658.21 pounds of wildlife per square mile.