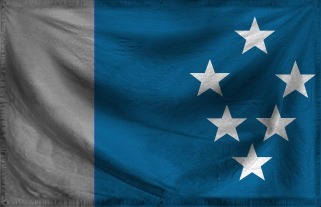 The Unified Electorates of Ainslie is a colossal, safe nation, ruled by Prime Minister Eleane Gifford with an even hand, and renowned for its aversion to nipples, avant-garde cinema, and ban on automobiles. The compassionate population of 8.808 billion Ahnslens are fiercely patriotic and enjoy great social equality; they tend to view other, more capitalist countries as somewhat immoral and corrupt.

The enormous government juggles the competing demands of Education, Environment, and Healthcare. It meets to discuss matters of state in the capital city of Arnton. The average income tax rate is 92.6%, and even higher for the wealthy.

The frighteningly efficient Ainsliean economy, worth 879 trillion Ahnsens a year, is highly specialized and mostly made up of the Tourism industry, with significant contributions from Information Technology and Basket Weaving. State-owned companies are common. Average income is 99,874 Ahnsens, and evenly distributed, with the richest citizens earning only 2.0 times as much as the poorest.

Women who leak pus from infected wounds are told to suck it up, legislators must raise their hands if they want to speak, jail house rock has been replaced with jail house golden oldies, and Ahnslens believe the only thing that will make you happy is being unhappy with who you are. Crime, especially youth-related, is totally unknown, thanks to a very well-funded police force and progressive social policies in education and welfare. Ainslie's national animal is the Mivai, which frolics freely in the nation's many lush forests, and its national religion is Whindism.