“Striving for the best - fair, kind, and compassionate.” Harry Truman 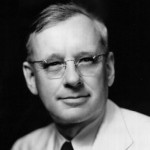 The Home of Alf Landon is a gargantuan, genial nation, ruled by Harry Truman with a fair hand, and remarkable for its sprawling nuclear power plants, daily referendums, and devotion to social welfare. The compassionate, democratic, humorless, devout population of 23.572 billion Alf Landonians hold their civil and political rights very dear, although the wealthy and those in business tend to be viewed with suspicion.

It is difficult to tell where the omnipresent government stops and the rest of society begins, but it juggles the competing demands of Education, Environment, and Healthcare. It meets to discuss matters of state in the capital city of Roosevelt. The average income tax rate is 91.2%, and even higher for the wealthy.

The frighteningly efficient Alf Landonian economy, worth a remarkable 1,920 trillion euros a year, is driven almost entirely by government activity. The industrial sector, which is extremely specialized, is mostly made up of the Book Publishing industry, with significant contributions from Information Technology. State-owned companies are reasonably common. Average income is 81,488 euros, and distributed extremely evenly, with little difference between the richest and poorest citizens.

The nation's air missiles have killed thousands of Brasilistan military personnel, elite teams of assassins have been sent into Brasilistan, the armed forces have designated 'murder teams' that root out rebels in Brasilistan, and captured Brasilistani POWs are staying in 5-star hotels. Crime is totally unknown, thanks to the all-pervasive police force and progressive social policies in education and welfare. Alf Landon's national animal is the bear, which is also the nation's favorite main course, and its national religion is social democracy.

Alf Landon is ranked 5,799th in the world and 163rd in the South Pacific for Largest Welfare Programs, scoring 6,067.53 on the Safety Net Mesh Density Rating.