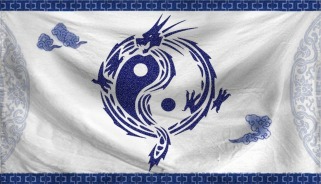 The Constitutional Monarchy of Amutien is a massive, cultured nation, ruled by Vermilion Wood with an even hand, and remarkable for its museums and concert halls, ban on automobiles, and sprawling nuclear power plants. The compassionate, hard-working, democratic population of 2.717 billion Amutienians have some civil rights, but not too many, enjoy the freedom to spend their money however they like, to a point, and take part in free and open elections, although not too often.

The medium-sized government juggles the competing demands of Education, Healthcare, and Law & Order. It meets to discuss matters of state in the capital city of Plenlumejo. The average income tax rate is 44.5%, but much higher for the wealthy.

The powerhouse Amutienian economy, worth 277 trillion muns a year, is fairly diversified and led by the Tourism industry, with major contributions from Information Technology, Book Publishing, and Basket Weaving. State-owned companies are reasonably common. Average income is an impressive 102,221 muns, and evenly distributed, with the richest citizens earning only 2.9 times as much as the poorest.

It is illegal for police officers to carry out searches due to strict privacy laws, over a third of the seats in sports stadiums have been removed to make room for female-only commodes, waste is frequently shipped to other countries, and days begin with afternoon tea. Crime, especially youth-related, is totally unknown, thanks to a capable police force and progressive social policies in education and welfare. Amutien's national animal is the Bakzak, which frolics freely in the nation's many lush forests.

Bear Connors Paradiso, and 75 others.