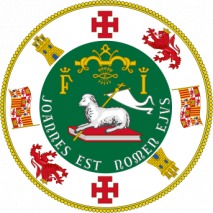 The Queendom of Boriquin is a colossal, efficient nation, remarkable for its irreverence towards religion. The hard-working, democratic population of 7.178 billion Boriquinians are effectively ruled by a group of massive corporations, who run for political office and provide their well-off citizens with world-class goods and services. Their poorer citizens, however, are mostly starving to death while being urged to go out and get real jobs. The populace has reasonably extensive civil rights, although these are mostly aimed at allowing them to buy whatever they like.

The very strong Boriquinian economy, worth 414 trillion betales a year, is fairly diversified and led by the Gambling industry, with significant contributions from Furniture Restoration, Automobile Manufacturing, and Arms Manufacturing. Average income is 57,798 betales, with the richest citizens earning 7.9 times as much as the poorest.

Voting is voluntary, Boriquin's children are widely acknowledged as the most foul-mouthed in the region, and surveillance cameras are banned. Crime is moderate, with the police force struggling against a lack of funding and a high mortality rate. Boriquin's national animal is the deer, which can occasionally be seen sifting through garbage in the nation's cities.

Boriquin is ranked 18,299th in the world and 1st in Republic of Puerto Rico for Largest Gambling Industry, scoring 6,940.49 on the Kelly Criterion Productivity Index.

Most Recent Government Activity: 26 days ago