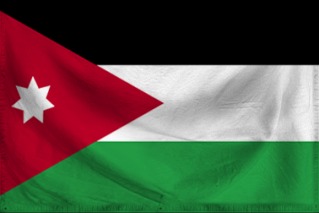 The Sadistic Republic of Bright Angel is a gargantuan, orderly nation, ruled by Johann der Becker with an iron fist, and notable for its infamous sell-swords, frequent executions, and smutty television. The hard-nosed, cynical, humorless, devout population of 37.702 billion Bright Angelians are ruled without fear or favor by a psychotic dictator, who outlaws just about everything and refers to the populace as "my little playthings."

The medium-sized, corrupt, moralistic, socially-minded, well-organized government is primarily concerned with Defense, although Industry, Spirituality, and Education are also considered important, while Environment and Welfare receive no funds. It meets to discuss matters of state in the capital city of Flagstaff. The income tax rate is 100%.

The frighteningly efficient Bright Angelian economy, worth an astonishing 48,806 trillion zuchs a year, is driven entirely by a combination of government and state-owned industry, with private enterprise illegal. However, for those in the know, there is an enormous, deeply entrenched, broadly diversified black market in Arms Manufacturing, Uranium Mining, Woodchip Exports, and Information Technology. The private sector mostly consists of enterprising ten-year-olds selling lemonade on the sidewalk, but the government is looking at stamping this out. Average income is a breathtaking 1,294,546 zuchs, and evenly distributed, with the richest citizens earning only 3.1 times as much as the poorest.

All major public areas are watched by police surveillance cameras, students who refuse to pray are expelled from school, panicking criminals no longer flush contraband down the toilet, and deli patrons examine their roast beef for undetonated explosives. Crime, especially youth-related, is totally unknown, despite the fact that it is difficult to make it through a day without breaking one of the country's many laws. Bright Angel's national animal is the red bearded woodchuck, which is also the nation's favorite main course, and its national religion is Veni vidi vici.

Bright Angel is ranked 1,405th in the world and 3rd in Macfora Forever for Smartest Citizens, with 206.86 quips per hour.