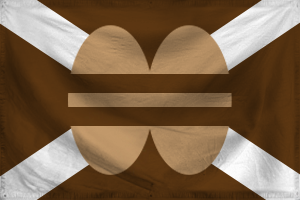 The Democratic Republic of Buttia is a massive, cultured nation, renowned for its free-roaming dinosaurs, punitive income tax rates, and stringent health and safety legislation. The democratic population of 2.195 billion Buttians enjoy extensive civil freedoms, particularly in social issues, while business tends to be more regulated.

The enormous government juggles the competing demands of Education, Healthcare, and Welfare. The average income tax rate is 69.3%, and even higher for the wealthy.

The Buttian economy, worth 80.0 trillion rects a year, is highly specialized and mostly made up of the Information Technology industry, with significant contributions from Automobile Manufacturing and Arms Manufacturing. State-owned companies are reasonably common. Average income is 36,468 rects, and distributed extremely evenly, with little difference between the richest and poorest citizens.

Religious education is a new government priority, citizens may cast their vote over the internet or phone, failed genetic experiments wreak havoc as they roam the countryside, and mystics are claiming that a simultaneous rise in scepticism and education budgets is correlation rather than causation. Crime, especially youth-related, is totally unknown, thanks to a very well-funded police force and progressive social policies in education and welfare. Buttia's national animal is the bearded saki, which frolics freely in the nation's many lush forests.

Buttia is ranked 63,563rd in the world and 222nd in The Leftist Assembly for Most Developed, scoring 61.35 on the Human Development Index.