Location: The Reich Republic of Europa 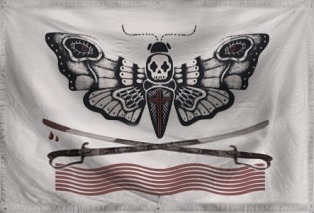 The Woodhouse Sanctum of Camel-crickets of Mauritania is a colossal, efficient nation, renowned for its frequent executions, punitive income tax rates, and stringent health and safety legislation. The compassionate, hard-working, cynical, devout population of 5.857 billion Camel-crickets of Mauritanians are ruled by a mostly-benevolent dictator, who grants the populace the freedom to live their own lives but watches carefully for anyone to slip up.

The enormous, corrupt government juggles the competing demands of Defense, Education, and Law & Order. It meets to discuss matters of state in the capital city of Retribution. Citizens pay a flat income tax of 72.3%.

The all-consuming Camel-crickets of Mauritanian economy, worth 491 trillion $$s a year, is fairly diversified and led by the Arms Manufacturing industry, with significant contributions from Information Technology, Uranium Mining, and Basket Weaving. Average income is 83,921 $$s, with the richest citizens earning 6.3 times as much as the poorest.

Parents often leave their kids in the car while they attend mindfulness meditation sessions, politicians are forced to wear portable lie detectors at all times, pretending to be prejudiced is a good way to get out of jury duty, and retail stores have reported mile-long lines after the ban on video games was lifted. Crime, especially youth-related, is totally unknown, thanks to a well-funded police force and progressive social policies in education and welfare. Camel-crickets of Mauritania's national animal is the Death-head hawkmoth, which teeters on the brink of extinction due to toxic air pollution.

Camel-crickets of Mauritania is ranked 13,171st in the world and 1st in The Reich Republic of Europa for Highest Foreign Aid Spending, scoring 1,542.21 on the Clooney Contribution Index.