“For Our Freedom And Courage!” President Kamera Kakokh 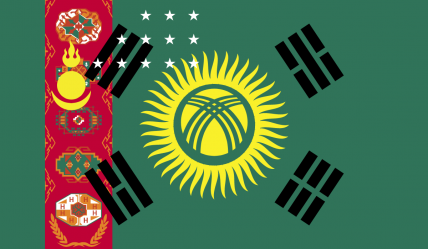 The Commonwealth of Caninese Free State is a huge, genial nation, ruled by President Kamera Kakokh with an even hand, and notable for its barren, inhospitable landscape, unlimited-speed roads, and parental licensing program. The compassionate population of 992 million Caninese are fiercely patriotic and enjoy great social equality; they tend to view other, more capitalist countries as somewhat immoral and corrupt.

The medium-sized government juggles the competing demands of Defense, Industry, and Administration. It meets to discuss matters of state in the capital city of Ramiira. The average income tax rate is 44.2%.

The all-consuming Caninese economy, worth 93.5 trillion Claws a year, is driven entirely by a combination of government and state-owned industry, with private enterprise illegal. However, for those in the know, there is a slick, highly efficient, broadly diversified black market in Information Technology, Arms Manufacturing, Automobile Manufacturing, and Woodchip Exports. The private sector mostly consists of enterprising ten-year-olds selling lemonade on the sidewalk, but the government is looking at stamping this out. Average income is 94,226 Claws, and evenly distributed, with the richest citizens earning only 4.4 times as much as the poorest.

Convicted crypto-miners are sent to the salt mines, there are no more heroes any more, the nation has welcomed its expats back with open arms, and knitters are arrested for carrying needles in their bags. Crime, especially youth-related, is totally unknown, thanks to a capable police force and progressive social policies in education and welfare. Caninese Free State's national animal is the Canine, which can occasionally be seen sifting through garbage in the nation's cities.

Caninese Free State is ranked 51,031st in the world and 2,234th in Lazarus for Largest Welfare Programs, scoring 1,936.81 on the Safety Net Mesh Density Rating.