“Mettle and Ire (Friendship of the Nationstates)” Otto IV 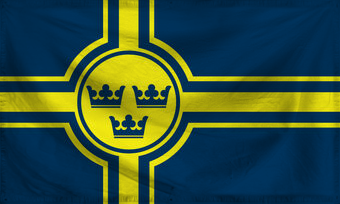 The Empire of Carolean Dynasty is a massive, cultured nation, ruled by Otto IV with an even hand, and notable for its infamous sell-swords, smutty television, and rampant corporate plagiarism. The hard-nosed, hard-working, cynical population of 3.409 billion Caroleans have some civil rights, but not too many, enjoy the freedom to spend their money however they like, to a point, and take part in free and open elections, although not too often.

The relatively small, corrupt government juggles the competing demands of Education, Industry, and Defense. It meets to discuss matters of state in the capital city of Stockholm. Citizens pay a flat income tax of 10.9%.

The frighteningly efficient Carolean economy, worth 629 trillion Crowns a year, is broadly diversified and led by the Arms Manufacturing industry, with major contributions from Information Technology, Tourism, and Retail. Black market activity is frequent. Average income is an impressive 184,764 Crowns, with the richest citizens earning 7.3 times as much as the poorest.

Large sections of Carolean Dynasty have been named national reserves to protect the native tribes living there, the government has begun breaking all large businesses into thousands of mom-and-pop general stores, school plays were recently banned due to concerns of child endangerment, and residents of ageing concrete tower blocks have vital renovation work stopped by Brutalism enthusiasts. Crime, especially youth-related, is totally unknown. Carolean Dynasty's national animal is the Condor, which is also the nation's favorite main course, and its national religion is Christianity.

Carolean Dynasty is ranked 175,687th in the world and 295th in Forest for Largest Welfare Programs, scoring 599.61 on the Safety Net Mesh Density Rating.

Most Recent Government Activity: 5 minutes ago