Location: The Region That Has No Big Banks 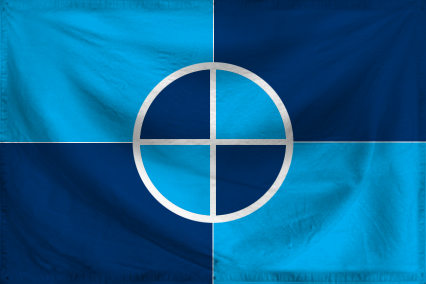 The Democratic Socialists of Chivka is a gargantuan, genial nation, ruled by Leader with a fair hand, and renowned for its smutty television, daily referendums, and anti-smoking policies. The compassionate, democratic population of 11.112 billion Chivkans love a good election, and the government gives them plenty of them. Universities tend to be full of students debating the merits of various civil and political rights, while businesses are tightly regulated and the wealthy viewed with suspicion.

The government — a sprawling, bureaucracy-choked, socially-minded morass — juggles the competing demands of Education, Environment, and Healthcare. It meets to discuss matters of state in the capital city of Chivka City. The average income tax rate is 95.5%.

The powerhouse Chivkan economy, worth a remarkable 1,099 trillion Simoleons a year, is driven entirely by a combination of government and state-owned industry, with private enterprise illegal. The industrial sector, which is highly specialized, is mostly made up of the Book Publishing industry, with significant contributions from Information Technology. Average income is 98,942 Simoleons, and distributed extremely evenly, with practically no difference between the richest and poorest citizens.

100-year-old politicians are now a thing of the past, bins outnumber trees in city parks, Chivka isn't what it used to be, and citizens are exhausted from weekly general elections. Crime is totally unknown, thanks to a well-funded police force and progressive social policies in education and welfare. Chivka's national animal is the Mammoth, which frolics freely in the nation's many lush forests.

Chivka is ranked 2,430th in the world and 4th in The Region That Has No Big Banks for Largest Welfare Programs, scoring 8,549.77 on the Safety Net Mesh Density Rating.

United Islands of The Sea,