“It's Such a Pretty Day for a Blood Bath” 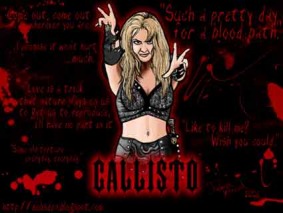 The Burned Down Village of Cirra is a colossal, socially progressive nation, notable for its absence of drug laws and spontaneously combusting cars. The hard-working, democratic population of 6.127 billion Cirrans live in a state of perpetual fear, as a complete breakdown of social order has led to the rise of order through biker gangs.

The strong Callisto economy, worth 266 trillion Denars a year, is driven almost entirely by the private sector, which is fairly diversified and led by the Book Publishing industry, with major contributions from Soda Sales, Automobile Manufacturing, and Information Technology. Average income is 43,552 Denars, but there is an enormous disparity between incomes, with the richest 10% of citizens earning 254,245 per year while the poor average 3,510, a ratio of 72.4 to 1.

Crime is a serious problem, with the police force struggling against a lack of funding and a high mortality rate. Cirra's national animal is the Warrior God Callisto, which can occasionally be seen sifting through garbage in the nation's cities.

Cirra is ranked 117,714th in the world and 49th in Niamark for Largest Basket Weaving Sector, scoring 996.96 on the Hickory Productivity Index.

Most Recent Government Activity: 30 days ago