CoFN Office of the Speaker 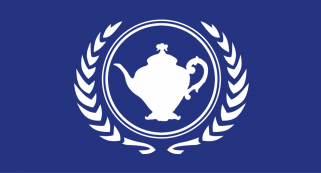 The Confederacy of CoFN Office of the Speaker is a massive, orderly nation, renowned for its complete lack of prisons, public floggings, and irreverence towards religion. The hard-nosed, hard-working, cynical population of 4.975 billion Parliamentarians are ruled by a mostly-benevolent dictator, who grants the populace the freedom to live their own lives but watches carefully for anyone to slip up.

The medium-sized, well-organized government juggles the competing demands of Defense, Law & Order, and Welfare. The average income tax rate is 28.5%.

The Parliamentary economy, worth 237 trillion Order Orders a year, is led by the Gambling industry, with major contributions from Book Publishing, Arms Manufacturing, and Information Technology. Average income is 47,830 Order Orders, and evenly distributed, with the richest citizens earning only 3.9 times as much as the poorest.

Crime is relatively low, thanks to a capable police force and progressive social policies in education and welfare. CoFN Office of the Speaker's national animal is the Member of Parliament.

CoFN Office of the Speaker is ranked 152,094th in the world and 37th in The Confederacy of Free Nations for Most Extreme, scoring 11.87 on the Paul-Nader Subjective Decentrality Index.

Most Recent Government Activity: 2 days ago