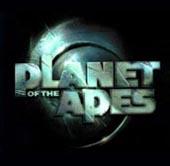 The Armed Republic of Crazed monkies is a gargantuan, socially progressive nation, ruled by Bingo from the Banana Splits with an even hand, and notable for its national health service, infamous sell-swords, and keen interest in outer space. The hard-nosed, humorless population of 34.668 billion Crazed monkiesians are fiercely patriotic and enjoy great social equality; they tend to view other, more capitalist countries as somewhat immoral and corrupt.

The medium-sized, socially-minded government juggles the competing demands of Education, Environment, and Healthcare. It meets to discuss matters of state in the capital city of Monkey Mountain. The income tax rate is 100%.

The frighteningly efficient Crazed monkiesian economy, worth an astonishing 12,922 trillion Damn dirty apes a year, is driven entirely by a combination of government and state-owned industry, with private enterprise illegal. However, for those in the know, there is a large, well-organized, fairly diversified black market in Information Technology, Tourism, Book Publishing, and Furniture Restoration. The private sector mostly consists of enterprising ten-year-olds selling lemonade on the sidewalk, but the government is looking at stamping this out. Average income is an amazing 372,736 Damn dirty apes, and distributed extremely evenly, with practically no difference between the richest and poorest citizens.

Students consistently complain that the wi-fi ate their homework, there's never enough space in space, the regional delicacy of chocolate bombes is deadlier than an unexploded bomb, and excessive wheelchair ramps on government buildings have been compared to theme park attractions. Crime is totally unknown. Crazed monkies's national animal is the Human, which frolics freely in the nation's many lush forests.