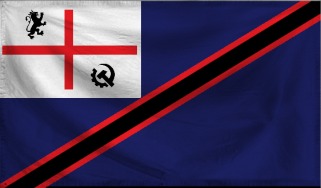 The People's Republic of Deified Ideals is a colossal, genial nation, ruled by The Regency with an even hand, and renowned for its avant-garde cinema, compulsory military service, and stringent health and safety legislation. The compassionate, cheerful, devout population of 9.231 billion Deified Idealists are fiercely patriotic and enjoy great social equality; they tend to view other, more capitalist countries as somewhat immoral and corrupt.

The large, socially-minded government juggles the competing demands of Education, Environment, and Healthcare. It meets to discuss matters of state in the capital city of Iustitia. The average income tax rate is 96.0%.

The frighteningly efficient Ideal economy, worth a remarkable 1,501 trillion Shiny Beads a year, is driven entirely by a combination of government and state-owned industry, with private enterprise illegal. The industrial sector, which is highly specialized, is led by the Tourism industry, with major contributions from Book Publishing, Beef-Based Agriculture, and Basket Weaving. Average income is an impressive 162,606 Shiny Beads, and distributed extremely evenly, with practically no difference between the richest and poorest citizens.

Political talk shows often have children as guests whenever they need commentary on world religions, only adults may purchase violent video games, police reduce their paperwork by refusing to arrest anyone, and people often get liposuction to reduce their air fares. Crime, especially youth-related, is totally unknown, thanks to a well-funded police force and progressive social policies in education and welfare. Deified Ideals's national animal is the Meme, which frolics freely in the nation's many lush forests, and its national religion is Mild Panic.

Deified Ideals is ranked 6,847th in the world and 5th in USSD for Largest Agricultural Sector, scoring 7,780.95 on the Mu-Bah-Daggs Productivity Index.