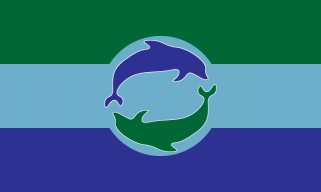 The Commonwealth of Democratic Republic of Eiria is a colossal, environmentally stunning nation, ruled by Chancellor Leah Stendē with a fair hand, and renowned for its complete lack of prisons, daily referendums, and devotion to social welfare. The compassionate, democratic, devout population of 9.291 billion Eirians love a good election, and the government gives them plenty of them. Universities tend to be full of students debating the merits of various civil and political rights, while businesses are tightly regulated and the wealthy viewed with suspicion.

The enormous government juggles the competing demands of Healthcare, Education, and Environment. It meets to discuss matters of state in the capital city of Geminus. The average income tax rate is 90.8%, and even higher for the wealthy.

The thriving Eirian economy, worth 862 trillion Lunens a year, is highly specialized and mostly made up of the Information Technology industry, with significant contributions from Tourism and Book Publishing. State-owned companies are common. Average income is 92,841 Lunens, and distributed extremely evenly, with practically no difference between the richest and poorest citizens.

The government pours millions of Lunens into rehabilitation programs annually, the importance of winning Olympic gold medals is indoctrinated from an early age, billions of Lunens are spent to take high-quality photos of the Dolphin Nebula, and it's a long jump to get onto the housing ladder. Crime, especially youth-related, is totally unknown, thanks to a well-funded police force and progressive social policies in education and welfare. Democratic Republic of Eiria's national animal is the dolphin, which frolics freely in the nation's sparkling oceans, and its national religion is Unitism.

Democratic Republic of Eiria is ranked 13,059th in the world and 39th in International Democratic Union for Smartest Citizens, with 80.42 quips per hour.