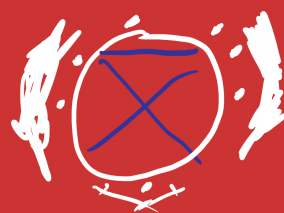 The Republic of Despatito is a huge, socially progressive nation, notable for its barren, inhospitable landscape, absence of drug laws, and spontaneously combusting cars. The hard-working, democratic population of 379 million Despatitoans live in a state of perpetual fear, as a complete breakdown of social order has led to the rise of order through biker gangs.

The minute, liberal, pro-business, outspoken government, or what there is of one, juggles the competing demands of Healthcare, Defense, and Welfare. Citizens pay a flat income tax of 5.8%.

The strong Despatitoan economy, worth 19.5 trillion tacoes a year, is driven almost entirely by the private sector, which is fairly diversified and led by the Gambling industry, with major contributions from Retail, Furniture Restoration, and Beef-Based Agriculture. Average income is 51,447 tacoes, but there is a vast disparity between incomes, with the richest 10% of citizens earning 331,582 per year while the poor average 3,225, a ratio of 102 to 1.

Crime is a serious problem, with the police force struggling against a lack of funding and a high mortality rate. Despatito's national animal is the parrot, which can occasionally be seen dodging aircraft in the nation's cities.

Despatito is ranked 17,764th in the world and 4th in Shinka for Most Armed, with 3.67 Weapons Per Person.