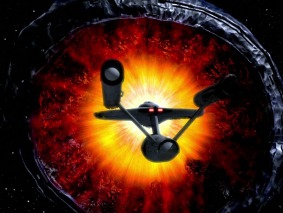 The Rogue Nation of Doomsday Machine is a massive, efficient nation, ruled by none with an iron fist, and remarkable for its deadly medical pandemics, public floggings, and suspicion of poets. The hard-nosed, hard-working, cynical, humorless, devout population of 3.376 billion victims are ruled by a mostly-benevolent dictator, who grants the populace the freedom to live their own lives but watches carefully for anyone to slip up.

The relatively small, corrupt, well-organized government juggles the competing demands of Industry, Education, and Defense. It meets to discuss matters of state in the capital city of Long Dead Galaxy. Citizens pay a flat income tax of 15.7%.

The all-consuming Doomsday Machinean economy, worth 320 trillion nones a year, is fairly diversified and dominated by the Uranium Mining industry, with significant contributions from Beef-Based Agriculture, Arms Manufacturing, and Furniture Restoration. Black market activity is extensive. State-owned companies are reasonably common. Average income is 94,799 nones, but there is an enormous disparity between incomes, with the richest 10% of citizens earning 565,250 per year while the poor average 7,263, a ratio of 77.8 to 1.

Conspiracy theorists allege Long Dead Galaxy's new subway map resembles Satanic symbols, the institution of marriage is held sacred and strictly enforced, many of the poor live from cradle to grave without ever seeing sunlight, and big game hunters travel to Doomsday Machine to try their hand at shark-shooting. Crime, especially youth-related, is all-pervasive, perhaps because of the country's complete lack of prisons. Doomsday Machine's national animal is the none, which is also the nation's favorite main course.

Doomsday Machine is ranked 52,864th in the world and 9th in Federation of Martian Colonies for Lowest Overall Tax Burden, scoring 92.48 on the Hayek Index.