Location: The Confederacy of Free Lands 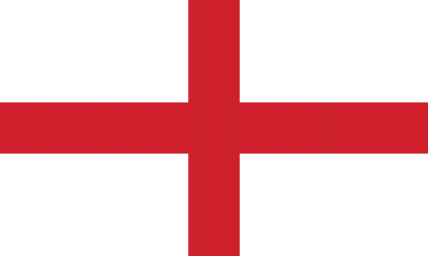 The Grand Duchy of England of Eirinne is a colossal, safe nation, ruled by Duke Humphrey Walton with a fair hand, and remarkable for its museums and concert halls, frequent executions, and compulsory military service. The hard-nosed, hard-working, democratic population of 7.59 billion English are effectively ruled by a group of massive corporations, who run for political office and provide their well-off citizens with world-class goods and services. Their poorer citizens, however, are mostly starving to death while being urged to go out and get real jobs. The populace has reasonably extensive civil rights, although these are mostly aimed at allowing them to buy whatever they like.

The relatively small, pro-business, outspoken government juggles the competing demands of Defense, Education, and Environment. It meets to discuss matters of state in the capital city of Southampton. Citizens pay a flat income tax of 9.4%.

The powerhouse English economy, worth 696 trillion pounds a year, is broadly diversified and led by the Tourism industry, with major contributions from Beef-Based Agriculture, Arms Manufacturing, and Book Publishing. Average income is 91,803 pounds, but there is a significant disparity between incomes, with the richest 10% of citizens earning 284,828 per year while the poor average 22,779, a ratio of 12.5 to 1.

Most voters only see their chosen representative visit once every election cycle, discrimination on the basis of sexual orientation is illegal, park rangers perform full-body searches on suspected fungus smugglers, and military recruitment numbers are down as citizens object on 'moral grounds'. Crime, especially youth-related, is well under control. Eirinne's national animal is the eagle, which soars majestically through the nation's famously clear skies, and its national religion is Christianity.

Eirinne is ranked 168,185th in the world and 22nd in The Confederacy of Free Lands for Highest Average Tax Rates, with 9.36 Effective Tax Rate.