“Sisters Doing It For Themselves” 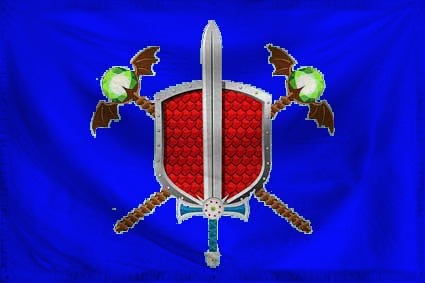 The Amazonian Queendom of Eponin is a colossal, safe nation, renowned for its state-planned economy, restrictive gun laws, and stringent health and safety legislation. The cynical population of 7.462 billion Amazons are ruled without fear or favor by a psychotic dictator, who outlaws just about everything and refers to the populace as "my little playthings."

The large, moralistic, socially-minded, well-organized government juggles the competing demands of Defense, Law & Order, and Public Transport. The average income tax rate is 43.2%, but much higher for the wealthy.

The sizeable but stagnant an Amazon economy, worth 70.5 trillion Denars a year, is driven entirely by a combination of government and state-owned industry, with private enterprise illegal. However, for those in the know, there is a slick, highly efficient black market in Arms Manufacturing, Beef-Based Agriculture, Basket Weaving, and Furniture Restoration. The private sector mostly consists of enterprising ten-year-olds selling lemonade on the sidewalk, but the government is looking at stamping this out. Average income is 9,442 Denars, and distributed extremely evenly, with practically no difference between the richest and poorest citizens.

Crime is totally unknown, thanks to a very well-funded police force and progressive social policies in education and welfare. Eponin's national animal is the Kitten.

Eponin is ranked 21,049th in the world and 2nd in The Mountain Oasis for Most Influential, scoring 1,791 on the Soft Power Disbursement Rating.