“At the service of the nations of Europe.” 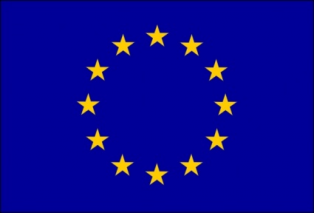 The Divine Right of EuroFounder is a gargantuan, socially progressive nation, renowned for its museums and concert halls, smutty television, and devotion to social welfare. The compassionate, cynical population of 36.871 billion EuroFounderians are ruled with an iron fist by the socialist government, which grants its people the freedom to do whatever they like so long as it doesn't involve getting richer than anybody else or challenging the government.

The enormous, well-organized government juggles the competing demands of Education, Welfare, and Environment. The average income tax rate is 96.5%.

The EuroFounderian economy, worth a remarkable 3,259 trillion euros a year, is driven almost entirely by government activity. The industrial sector is mostly comprised of enterprising ten-year-olds selling lemonade on the sidewalk, although the government is looking at stamping this out. Average income is 88,399 euros, and evenly distributed, with the richest citizens earning only 2.7 times as much as the poorest.

Burglary is widely regarded as the national sport, education and welfare spending are on the rise, suppression of pro-democracy protests is a daily occurrence, and elderly citizens regularly buy posh multimillion-euro mansions. Crime is totally unknown, thanks to a very well-funded police force and progressive social policies in education and welfare. EuroFounder's national animal is the eurocrat, which is also the nation's favorite main course.

EuroFounder is ranked 647th in the world and 9th in Europe for Highest Foreign Aid Spending, scoring 5,757.22 on the Clooney Contribution Index.