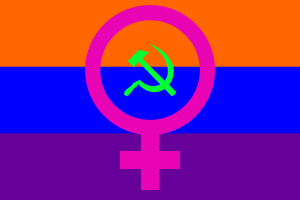 The Holy Pink Fertility Kingdom of Ferlhizlishia is a massive, environmentally stunning nation, ruled by Arthuria Darklight with an even hand, and renowned for its rampant corporate plagiarism, lack of airports, and anti-smoking policies. The compassionate, democratic, cheerful population of 3.547 billion Ferlhizlishianies enjoy extensive civil rights and enjoy a level of social equality free from the usual accompanying government corruption.

The large, liberal government juggles the competing demands of Education, Administration, and Environment. It meets to discuss matters of state in the capital city of Fhrejhzniansia. The average income tax rate is 98.9%.

The frighteningly efficient Ferlhizlishiani economy, worth 756 trillion Ferlhizlisiaus a year, is driven entirely by a combination of government and state-owned industry, with private enterprise illegal. The industrial sector, which is quite specialized, is led by the Information Technology industry, with major contributions from Tourism, Book Publishing, and Retail. Average income is an amazing 213,367 Ferlhizlisiaus, and distributed extremely evenly, with little difference between the richest and poorest citizens.

Children crying over dropped ice creams are offered high doses of experimental antidepressants, theatre audiences often need a telescope to see the stage, many mayors are barely in office before being kicked out for minor parking violations, and 'The Anti-Government Hour' is a popular programme on many of Ferlhizlishia's radio stations. Crime is totally unknown, thanks to a capable police force and progressive social policies in education and welfare. Ferlhizlishia's national animal is the Christmas Bat, which soars majestically through the nation's famously clear skies.

Ferlhizlishia is ranked 3,113th in the world and 61st in the Rejected Realms for Highest Foreign Aid Spending, scoring 3,307.39 on the Clooney Contribution Index.