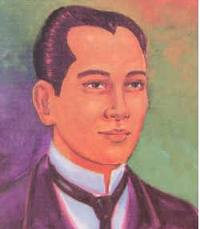 The Just Retired Wanderer of Francisco Sendrijas is a gargantuan, orderly nation, ruled by Dagohoy with an iron fist, and renowned for its frequent executions, state-planned economy, and punitive income tax rates. The hard-nosed, hard-working, cynical population of 22.721 billion Francisco Sendrijasians are proud of their wide-ranging civil freedoms, and those who aren't tend to be dragged off the streets by men in dark suits and hustled into cars with tinted windows.

The enormous, well-organized government juggles the competing demands of Law & Order, Education, and Healthcare. It meets to discuss matters of state in the capital city of Manila. The average income tax rate is 62.3%.

The Francisco Sendrijasian economy, worth 860 trillion cheese dips a year, is driven entirely by a combination of government and state-owned industry, with private enterprise illegal. The industrial sector, which is quite specialized, is led by the Furniture Restoration industry, with significant contributions from Book Publishing, Uranium Mining, and Soda Sales. Average income is 37,855 cheese dips, and evenly distributed, with the richest citizens earning only 3.5 times as much as the poorest.

Dagohoy is the self-declared God of all Francisco Sendrijas, the government is avowedly atheist, Dagohoy has just been declared ruler of Francisco Sendrijas in an international press conference, and Francisco Sendrijas has designated Manila as its capital city. Crime is well under control, thanks to a very well-funded police force and progressive social policies in education and welfare. Francisco Sendrijas's national animal is the chicken-hawk, which soars majestically through the nation's famously clear skies, and its national religion is Animism.

Francisco Sendrijas is ranked 134,960th in the world and 2nd in Lost Horizon for Most Advanced Defense Forces, scoring 1,054.13 on the Total War Preparedness Rating.

Most Recent Government Activity: 47 days ago