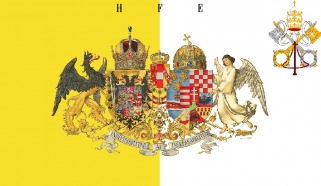 The Holy Empire of Fredgast is a colossal, genial nation, ruled by King Richard I with an even hand, and renowned for its ban on automobiles, anti-smoking policies, and national health service. The compassionate, hard-working, devout population of 8.888 billion Fredgastians are highly moralistic and fiercely conservative, in the sense that they tend to believe most things should be outlawed. People who have good jobs and work quietly at them are lauded; others are viewed with suspicion.

The medium-sized, corrupt government juggles the competing demands of Law & Order, Education, and Defense. It meets to discuss matters of state in the capital city of Fredgast City. The average income tax rate is 73.0%.

The frighteningly efficient Fredgastian economy, worth a remarkable 1,377 trillion Crowns a year, is broadly diversified and led by the Arms Manufacturing industry, with major contributions from Beef-Based Agriculture, Information Technology, and Furniture Restoration. State-owned companies are reasonably common. Average income is an impressive 154,941 Crowns, and evenly distributed, with the richest citizens earning only 3.5 times as much as the poorest.

The nation's generous tax credits have brought all the film studios to the yard, pet loving officers arrest citizens who don't give their dogs enough biscuits, the government has officially clarified that "wee on your hands to save time" does not count as proper hygiene, and the travel industry is booming as pregnant women book tickets for "weekend trips" overseas. Crime, especially youth-related, is totally unknown, thanks to a well-funded police force and progressive social policies in education and welfare. Fredgast's national animal is the Rooster, which is also the nation's favorite main course, and its national religion is Christianity.

Fredgast is ranked 173,069th in the world and 81st in Catholic for Largest Automobile Manufacturing Sector, scoring -7.35 on the Henry Ford Productivity Index.

The Pilgrims in the Desert,