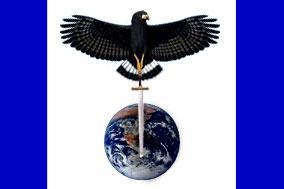 The Maritime Explorer of General COE is a gargantuan, cultured nation, notable for its absence of drug laws, punitive income tax rates, and stringent health and safety legislation. The democratic population of 22.915 billion Generals are free to do what they want with their own bodies, and vote for whomever they like in elections; if they go into business, however, they are regulated to within an inch of their lives.

The large, liberal, outspoken government juggles the competing demands of Education, Environment, and Healthcare. The average income tax rate is 55.1%, and even higher for the wealthy.

The General COEian economy, worth 760 trillion guns a year, is driven almost entirely by government activity. The industrial sector is mostly comprised of enterprising ten-year-olds selling lemonade on the sidewalk, although the government is looking at stamping this out. Average income is 33,168 guns, and evenly distributed, with the richest citizens earning only 2.0 times as much as the poorest.

Crime is totally unknown, thanks to a very well-funded police force and progressive social policies in education and welfare. General COE's national animal is the human, which frolics freely in the nation's many lush forests.

General COE is ranked 184,937th in the world and 8,561st in The North Pacific for Largest Insurance Industry, scoring -8.72 on the Risk Expulsion Effectiveness Rating.

Most Recent Government Activity: 3 days ago