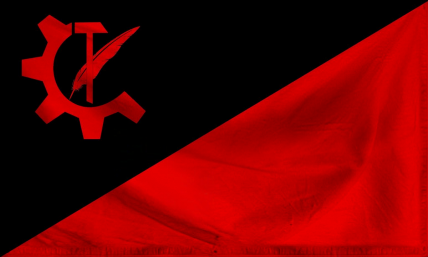 The Anarchist Confederacy of Ghillemear is a massive, socially progressive nation, ruled by Confederative Council with a fair hand, and renowned for its rampant corporate plagiarism, smutty television, and irreverence towards religion. The compassionate, democratic, cheerful population of 2.87 billion Ghillemearians are free to do what they want with their own bodies, and vote for whomever they like in elections; if they go into business, however, they are regulated to within an inch of their lives.

The enormous, liberal, socially-minded, outspoken government prioritizes Education, although Administration, Environment, and Healthcare are also considered important, while Spirituality and Law & Order are ignored. It meets to discuss matters of state in the capital city of Nikaia. The average income tax rate is 95.6%.

The frighteningly efficient Ghillemearian economy, worth 405 trillion Currency not founds a year, is driven entirely by a combination of government and state-owned industry, with private enterprise illegal. The industrial sector, which is quite specialized, is led by the Information Technology industry, with significant contributions from Book Publishing, Beef-Based Agriculture, and Tourism. Average income is an impressive 141,433 Currency not founds, and distributed extremely evenly, with practically no difference between the richest and poorest citizens.

Super Barry Brothers is the most popular video game in the nation, criminals and college students are taking an interest in the government's new weed-killing program, skateboarding is the only legal way to travel, and census workers struggle to account for the rapidly increasing number of citizens to tabulate. Crime is totally unknown. Ghillemear's national animal is the Honey Bee, which soars majestically through the nation's famously clear skies.

Ghillemear is ranked 5,284th in the world and 49th in The Leftist Assembly for Most Developed, scoring 93.72 on the Human Development Index.

Super Awesome Fun Times, and 48 others.

The Commonwealth of Council Republic,