“A child of Amber may walk among them, and such was my h” Lord Oberon 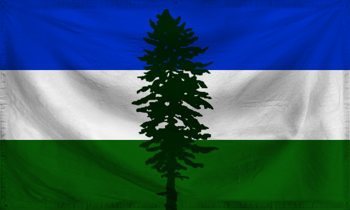 The Borderlands of Giant Redwoods is a colossal, cultured nation, ruled by Lord Oberon with an iron fist, and remarkable for its compulsory military service, zero percent divorce rate, and smutty television. The hard-nosed, cynical, humorless, devout population of 6.503 billion Giant Redwoodsians are kept under strict control by the oppressive government, which measures its success by the nation's GDP and refers to individual citizens as "human resources."

The medium-sized, corrupt, well-organized government juggles the competing demands of Defense, Education, and Law & Order. It meets to discuss matters of state in the capital city of Amber and Chaos. The average income tax rate is 90.6%.

The frighteningly efficient Giant Redwoodsian economy, worth a remarkable 2,270 trillion Jewels of Judgement a year, is mostly comprised of black market activity, especially in Information Technology, Arms Manufacturing, Tourism, and Retail. Average income is an amazing 349,137 Jewels of Judgement, and evenly distributed, with the richest citizens earning only 3.2 times as much as the poorest.

Libraries are now installed with jacuzzis and mini-bars, citizens wishing to leave the country must surrender half their wealth to the government, the construction of massive skyscrapers seems to be the result of Giant Redwoods's mid-life crisis, and Lord Oberon always arrives fashionably late and smelling of mushrooms. Crime, especially youth-related, is totally unknown, thanks to a capable police force and progressive social policies in education and welfare. Giant Redwoods's national animal is the Unicorn, which is also the nation's favorite main course, and its national religion is The Way of the Shaddows.

Giant Redwoods is ranked 5,194th in the world and 2nd in Refugia for Largest Cheese Export Sector, scoring 6,334.51 on the Mozzarella Productivity Index.