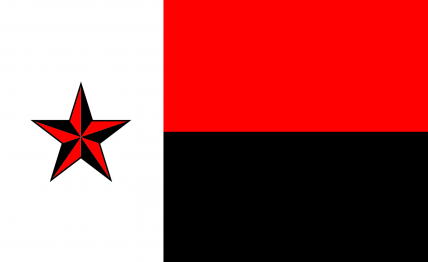 The People's Confederacy of Grod Island is a colossal, efficient nation, ruled by Secretary Fiona Elesham with a fair hand, and remarkable for its state-planned economy, irreverence towards religion, and restrictive gun laws. The compassionate, democratic population of 6.454 billion Grodians love a good election, and the government gives them plenty of them. Universities tend to be full of students debating the merits of various civil and political rights, while businesses are tightly regulated and the wealthy viewed with suspicion.

The enormous, socially-minded government juggles the competing demands of Administration, Education, and Environment. It meets to discuss matters of state in the capital city of Domreis. The average income tax rate is 97.5%.

The frighteningly efficient Grodian economy, worth 973 trillion Dollops a year, is driven entirely by a combination of government and state-owned industry, with private enterprise illegal. The industrial sector, which is quite specialized, is led by the Information Technology industry, with major contributions from Tourism and Book Publishing. Average income is an impressive 150,805 Dollops, and distributed extremely evenly, with practically no difference between the richest and poorest citizens.

The parliament building has installed a revolving door, the delay between passed legislation and real world implementation is often a decade or longer, graverobbers claim they're acting within the interest of 'scientific preservation', and disaster relief budgets are growing like wildfire. Crime, especially youth-related, is totally unknown, thanks to a well-funded police force and progressive social policies in education and welfare. Grod Island's national animal is the Bear, which frolics freely in the nation's many lush forests, and its national religion is Secular Humanism.

Grod Island is ranked 232,688th in the world and 410th in The Leftist Assembly for Most Primitive, scoring -327.05 on the Scary Big Number Scale.