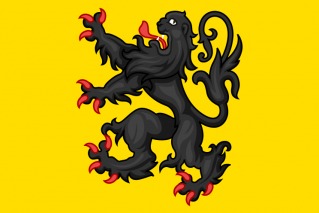 The Anarchy of Gron is a gargantuan, environmentally stunning nation, ruled by Gron I with a fair hand, and notable for its absence of drug laws and stringent health and safety legislation. The hard-nosed, democratic population of 17.839 billion Gronians are free to do what they want with their own bodies, and vote for whomever they like in elections; if they go into business, however, they are regulated to within an inch of their lives.

The medium-sized, liberal, socially-minded, outspoken government juggles the competing demands of Spirituality, International Aid, and Defense. It meets to discuss matters of state in the capital city of Grontown. The average income tax rate is 35.1%, but much higher for the wealthy.

The sizeable but stagnant Gronian economy, worth 66.4 trillion Groes a year, is quite specialized and led by the Beef-Based Agriculture industry, with major contributions from Basket Weaving, Automobile Manufacturing, and Door-to-door Insurance Sales. Black market activity is frequent. State-owned companies are common. Average income is 3,722 Groes, and distributed extremely evenly, with practically no difference between the richest and poorest citizens.

Citizens can be frequently spotted going about their business stark naked, Anarchism has been named as Gron's national religion, Gron has designated Grontown as its capital city, and Gron I has just been declared ruler of Gron in an international press conference. Crime is totally unknown, thanks to a capable police force and progressive social policies in education and welfare. Gron's national animal is the leopard, which frolics freely in the nation's many lush forests, and its national religion is Anarchism.

Gron is ranked 235,450th in the world and 2nd in The Mappers Union for Most Advanced Public Education, scoring 90.36 on the Edu-tellignce® Test Score.