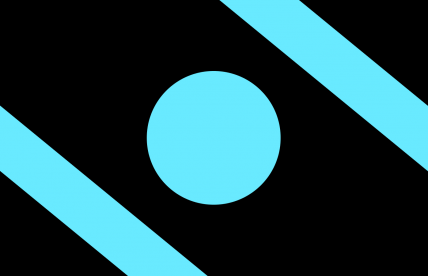 The Eternal Misfortune of Heliosphere is a gargantuan, environmentally stunning nation, ruled by Leader with an iron fist, and remarkable for its complete lack of prisons, unlimited-speed roads, and stringent health and safety legislation. The compassionate, cynical, humorless population of 14.308 billion Heliospherans are ruled without fear or favor by a psychotic dictator, who outlaws just about everything and refers to the populace as "my little playthings."

The large, corrupt, socially-minded government prioritizes Education, although Environment, Industry, and Healthcare are also considered important, while Spirituality and Defense aren't funded at all. It meets to discuss matters of state in the capital city of Heliosphere City. The income tax rate is 100%.

The frighteningly efficient Heliospheran economy, worth a remarkable 9,250 trillion Novas a year, is driven entirely by a combination of government and state-owned industry, with private enterprise illegal. However, for those in the know, there is an enormous, deeply entrenched, quite specialized black market in Information Technology and Cheese Exports. The private sector mostly consists of enterprising ten-year-olds selling lemonade on the sidewalk, but the government is looking at stamping this out. Average income is a breathtaking 646,556 Novas, and distributed extremely evenly, with practically no difference between the richest and poorest citizens.

An aboriginal talking stick is used for leaders' debates at election time, weird kids who eat bugs are breaking the law, children are brainwashed at a young age to accept "love and peace!" as a way of life, and fast-food chefs regularly win Health Innovation Awards for spitting on burgers. Crime, especially youth-related, is totally unknown. Heliosphere's national animal is the Meteor, which frolics freely in the nation's many lush forests, and its national religion is Atheism.

Heliosphere is ranked 13,880th in the world and 383rd in the South Pacific for Largest Furniture Restoration Industry, scoring 5,954.15 on the Spitz-Pollish Productivity Index.