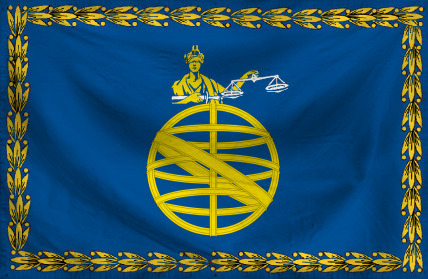 The Empire of Herya is a gargantuan, efficient nation, ruled by Emperor Heirich with a fair hand, and notable for its complete lack of prisons, unlimited-speed roads, and daily referendums. The compassionate, democratic, cheerful population of 13.615 billion Heryae are free to do what they want with their own bodies, and vote for whomever they like in elections; if they go into business, however, they are regulated to within an inch of their lives.

The enormous, liberal, socially-minded, outspoken government prioritizes Education, although Administration, Environment, and Industry are also considered important, while Spirituality is ignored. It meets to discuss matters of state in the capital city of Jawadeen. The income tax rate is 100%.

The frighteningly efficient Heryae economy, worth a remarkable 5,714 trillion Bizantiums a year, is driven entirely by a combination of government and state-owned industry, with private enterprise illegal. The industrial sector, which is quite specialized, is led by the Information Technology industry, with significant contributions from Tourism and Book Publishing. Average income is an amazing 419,707 Bizantiums, and distributed extremely evenly, with practically no difference between the richest and poorest citizens.

Undersea volcanoes receive strongly worded letters for violating environmental regulations, companies struggle to cover for the hordes of employees on parental leave, buses are widely regarded as the safest way to travel, and the thin blue line is composed of picketing police officers demanding better pensions. Crime is totally unknown. Herya's national animal is the Centaur, which frolics freely in the nation's many lush forests.

Herya is ranked 270th in the world and 1st in Portugal for Least Corrupt Governments, with 98.89 percentage of bribes refused.