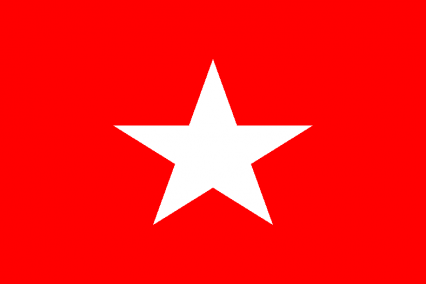 The People's Republic of Hommeres is a massive, efficient nation, ruled by Lord Khaos with a fair hand, and notable for its soft-spoken computers, daily referendums, and sprawling nuclear power plants. The compassionate, democratic population of 1.991 billion Hommeresians hold their civil and political rights very dear, although the wealthy and those in business tend to be viewed with suspicion.

The large, corrupt, liberal, outspoken government juggles the competing demands of Administration, Education, and Industry. It meets to discuss matters of state in the capital city of Hoshang. The average income tax rate is 85.4%, and even higher for the wealthy.

The frighteningly efficient Hommeresian economy, worth 284 trillion Credits a year, is driven entirely by a combination of government and state-owned industry, with private enterprise illegal. The industrial sector, which is fairly diversified, is led by the Information Technology industry, with significant contributions from Tourism, Book Publishing, and Arms Manufacturing. Average income is an impressive 143,132 Credits, and distributed extremely evenly, with little difference between the richest and poorest citizens.

Citizens living in underground cities have developed a healthy green glow, obstetricians are not allowed to publish ultrasound pictures of fetuses in medical journals, captains must wait until all rats are safe before jumping ship, and the cobra stadiums are open 24/7. Crime is totally unknown, thanks to a capable police force and progressive social policies in education and welfare. Hommeres's national animal is the cobra, which is also the nation's favorite main course.

Hommeres is ranked 50,470th in the world and 142nd in Forest for Highest Drug Use, scoring 91.8 on the Pineapple Fondness Rating.

The Cypher Nine, and