“Dignity of life from conception to natural death” 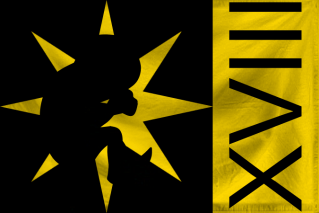 The Social Democracy of Horatius Cocles is a gargantuan, environmentally stunning nation, ruled by Leader with a fair hand, and renowned for its keen interest in outer space, suspicion of poets, and devotion to social welfare. The compassionate, democratic, cheerful, devout population of 18.802 billion Horatius Coclesians love a good election, and the government gives them plenty of them. Universities tend to be full of students debating the merits of various civil and political rights, while businesses are tightly regulated and the wealthy viewed with suspicion.

The government — a sprawling, bureaucracy-choked morass — juggles the competing demands of Education, Healthcare, and Environment. It meets to discuss matters of state in the capital city of Horatius Cocles City. The average income tax rate is 90.0%, and even higher for the wealthy.

The frighteningly efficient Horatius Coclesian economy, worth a remarkable 1,656 trillion Denariis a year, is extremely specialized and mostly made up of the Book Publishing industry, with major contributions from Information Technology. State-owned companies are reasonably common. Average income is 88,094 Denariis, and distributed extremely evenly, with little difference between the richest and poorest citizens.

Scientists recently cloned the long-extinct feather-bellied eagle, kindergartners' favourite dance move is the stop-drop-and-roll, nobody knows why the caged eagle sings, and pulling weeds is seen as a threat to national security. Crime, especially youth-related, is totally unknown, thanks to a very well-funded police force and progressive social policies in education and welfare. Horatius Cocles's national animal is the eagle, which soars majestically through the nation's famously clear skies, and its national religion is Catholicism.

Horatius Cocles is ranked 28,987th in the world and 20th in Right to Life for Most Scientifically Advanced, scoring 192.49 on the Kurzweil Singularity Index.