“Death Before Dishonour” The Conqueror 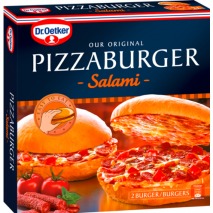 The Holy Red Zombie Apocalypsium of Inselkampfen is a colossal, efficient nation, ruled by The Conqueror with an even hand, and remarkable for its complete lack of prisons, national health service, and stringent health and safety legislation. The devout population of 9.442 billion Inselkampfenians enjoy extensive civil freedoms, particularly in social issues, while business tends to be more regulated.

The medium-sized government is primarily concerned with Education, with Healthcare, Industry, and Administration also on the agenda, while Spirituality and Defense are ignored. It meets to discuss matters of state in the capital city of Laputa. The average income tax rate is 73.3%, and even higher for the wealthy.

The frighteningly efficient Inselkampfenian economy, worth a remarkable 1,571 trillion lucky stonies a year, is fairly diversified and led by the Tourism industry, with major contributions from Information Technology and Book Publishing. State-owned companies are common. Average income is an impressive 166,480 lucky stonies, and evenly distributed, with the richest citizens earning only 2.4 times as much as the poorest.

Agricultural science is the most competitive subject at universities, genocide is seen as a topic best avoided in history lessons, reporters who negatively comment on politicians' haircuts are cut from the news, and the government tells its citizens to 'forgive and forget'. Crime is totally unknown. Inselkampfen's national animal is the zombie coloship-flavoured leprechaun, which is also the nation's favorite main course, and its national religion is The Inselkampfen Dream.

Inselkampfen is ranked 139,362nd in the world and 4,943rd in Balder for Most Extreme, scoring 13.53 on the Paul-Nader Subjective Decentrality Index.