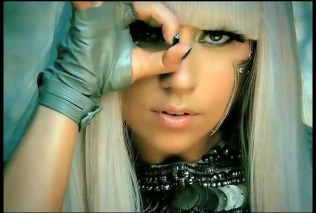 The Flashyness of Kawaii Lady Ga Ga is a gargantuan, orderly nation, ruled by GaGa Lucious with an iron fist, and renowned for its ubiquitous missile silos, disturbing lack of elderly people, and frequent executions. The hard-nosed, hard-working, cynical, humorless, devout population of 14.852 billion people pokers are ruled with an iron fist by the corrupt, dictatorship government, which oppresses anyone who isn't on the board of a Fortune 500 company. Large corporations tend to be above the law, and use their financial clout to gain ever-increasing government benefits at the expense of the poor and unemployed.

The medium-sized, corrupt, well-organized government prioritizes Defense, with Law & Order, Industry, and Education also on the agenda, while Environment and Social Policy receive no funds. It meets to discuss matters of state in the capital city of Gypsy City. Citizens pay a flat income tax of 90.3%.

The frighteningly efficient Kawaii Lady Ga Gan economy, worth a remarkable 3,421 trillion Bows a year, is broadly diversified and led by the Arms Manufacturing industry, with major contributions from Information Technology, Book Publishing, and Uranium Mining. Black market activity is extensive. Average income is an amazing 230,371 Bows, with the richest citizens earning 7.1 times as much as the poorest.

Prominent cultural symbols are featured on the backs of cereal boxes, citizens are encouraged to report friends, family members or co-workers who seem depressed to the government for "counselling", the national Police Academies have dedicated infant wings, and citizens live in superstitious fear of the mysterious glowing clouds that float over Kawaii Lady Ga Ga. Crime, especially youth-related, is totally unknown, thanks to a well-funded police force and progressive social policies in education and welfare. Kawaii Lady Ga Ga's national animal is the Paparazzi, which is also the nation's favorite main course, and its national religion is GaGa Wuvs U.

Kawaii Lady Ga Ga is ranked 5,062nd in the world and 1st in Devide by Zero for Largest Governments, scoring 40.19 on the Bureaucratic Comprehensiveness Rating Scale Index.