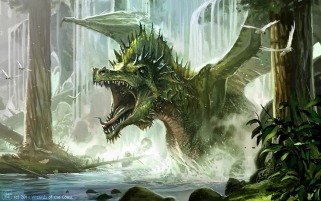 The Holy Empire of Klesh is a gargantuan, safe nation, ruled by Cor Enladen with an iron fist, and renowned for its public floggings, state-planned economy, and complete absence of social welfare. The hard-nosed, cynical, humorless, devout population of 38.218 billion Kleshites are kept under strict control by the oppressive government, which measures its success by the nation's GDP and refers to individual citizens as "human resources."

The relatively small, corrupt, moralistic, well-organized government juggles the competing demands of Defense, Law & Order, and Industry. It meets to discuss matters of state in the capital city of Gamorra. The income tax rate is 100%.

The frighteningly efficient Kleshite economy, worth an astonishing 29,239 trillion Corics a year, is driven entirely by a combination of government and state-owned industry, with private enterprise illegal. The industrial sector, which is broadly diversified, is led by the Arms Manufacturing industry, with significant contributions from Uranium Mining, Information Technology, and Automobile Manufacturing. Average income is a breathtaking 765,072 Corics, but there is a large disparity between incomes, with the richest 10% of citizens earning 3,867,760 per year while the poor average 84,162, a ratio of 46.0 to 1.

Children asking questions about science are referred to relevant sections in religious texts, the state believes that children are what you make of them, Tetris has been banned for its graphic violent content, and foreign leaders who don't applaud Cor Enladen's speeches are regarded as enemies of Klesh. Crime, especially youth-related, is totally unknown, thanks to a very well-funded police force. Klesh's national animal is the River Dolphin, which is also the nation's favorite main course, and its national religion is Diode.

Klesh is ranked 219,994th in the world and 31st in Eladen for Nudest, with 1 Cheeks Per Square Mile.