“Light Up The Night” 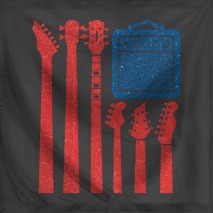 The Legendary Land of Layngderfleethe is a massive, socially progressive nation, ruled by Farley with a fair hand, and renowned for its national health service, irreverence towards religion, and absence of drug laws. The compassionate, democratic, cheerful population of 3.29 billion Legends hold their civil and political rights very dear, although the wealthy and those in business tend to be viewed with suspicion.

The large government prioritizes Education, with Administration, Welfare, and Healthcare also on the agenda, while Defense receives no funds. It meets to discuss matters of state in the capital city of Paradise City. The average income tax rate is 95.7%.

The frighteningly efficient Legendary economy, worth 637 trillion bottle caps a year, is fairly diversified and led by the Information Technology industry, with significant contributions from Tourism, Book Publishing, and Retail. State-owned companies are reasonably common. Average income is an impressive 193,859 bottle caps, and distributed extremely evenly, with little difference between the richest and poorest citizens.

Workers for the environmental protection agency are patted down for tartar sauce every morning, bemused citizens are encouraged to sing foreign-language hymns of religions they have never heard of, a ban on unsolicited cold calling in all forms is in effect, and a weakened police force struggles to maintain law and order. Crime is totally unknown. Layngderfleethe's national animal is the Land Shark, which frolics freely in the nation's sparkling oceans, and its national religion is Science.

Layngderfleethe is ranked 1,962nd in the world and 64th in The East Pacific for Least Corrupt Governments, with 96.3 Percentage Of Bribes Refused.