“A Hero Need Not Speak, When He Is Gone, The World Will” 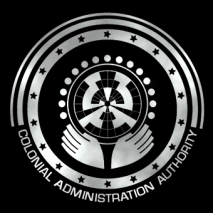 The Colonial Administration Rule of Lazy valley is a massive, safe nation, ruled by Ryan with a fair hand, and remarkable for its daily referendums, compulsory military service, and devotion to social welfare. The compassionate, democratic population of 4.25 billion lazians have some civil rights, but not too many, enjoy the freedom to spend their money however they like, to a point, and take part in free and open elections, although not too often.

The large government juggles the competing demands of Education, Defense, and Healthcare. It meets to discuss matters of state in the capital city of New Mombasa. The average income tax rate is 80.3%, and even higher for the wealthy.

The frighteningly efficient Lazy valleyian economy, worth 485 trillion Credits a year, is driven entirely by a combination of government and state-owned industry, with private enterprise illegal. The industrial sector, which is quite specialized, is led by the Trout Farming industry, with major contributions from Information Technology, Book Publishing, and Tourism. Average income is an impressive 114,344 Credits, and distributed extremely evenly, with little difference between the richest and poorest citizens.

Many whiskies taste suspiciously like automobile radiators, the government has officially clarified that "wee on your hands to save time" does not count as proper hygiene, a revolving door was recently installed at the entrance of the Lazy valleyian Capitol Building, and political cartoons depicting Ryan's face on a Maltese Tiger's buttocks are selling like hotcakes. Crime is totally unknown. Lazy valley's national animal is the Maltese Tiger, which frolics freely in the nation's many lush forests, and its national religion is Polysomnography.

Lazy valley is ranked 14,757th in the world and 29th in Enadia for Most Cheerful Citizens, with 53.38 Percentage Of Water Glasses Perceived Half-Full.

The Federal Government of Iowa,