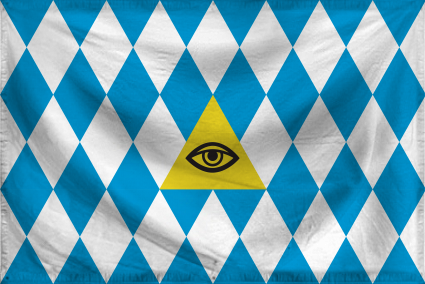 The Ethnostate of Magna Bavaria is a gargantuan, orderly nation, ruled by the Reichsleiter with an iron fist, and notable for its compulsory military service, keen interest in outer space, and multi-spousal wedding ceremonies. The hard-nosed, hard-working, cynical, humorless population of 22.012 billion Magna Bavarians are ruled by a mostly-benevolent dictator, who grants the populace the freedom to live their own lives but watches carefully for anyone to slip up.

The medium-sized, corrupt government juggles the competing demands of Defense, Law & Order, and Education. It meets to discuss matters of state in the capital city of Reichshauptstadt München. Citizens pay a flat income tax of 38.4%.

The frighteningly efficient Magna Bavarian economy, worth a remarkable 3,134 trillion Reichsmarks a year, is broadly diversified and led by the Tourism industry, with significant contributions from Arms Manufacturing, Information Technology, and Book Publishing. Black market activity is frequent. Average income is an impressive 142,414 Reichsmarks, but there is an enormous disparity between incomes, with the richest 10% of citizens earning 759,772 per year while the poor average 14,028, a ratio of 54.2 to 1.

Tax rises are attributed to divine will, anyone dissenting from the state ideology is declared "mentally ill" and whisked away in a straitjacket, space research funding has hit a recent high while several military bases are being closed down, and in a fit of passion the Reichsleiter has shredded thirty years' worth of petitions. Crime, especially youth-related, is totally unknown, thanks to a very well-funded police force and progressive social policies in education and welfare. Magna Bavaria's national animal is the Reichsadler, which is also the nation's favorite main course.

Magna Bavaria is ranked 112,492nd in the world and 14th in Union of Nationalists for Safest, scoring 66.72 on the Bubble-Rapp Safety Rating.

Most Recent Government Activity: 34 days ago