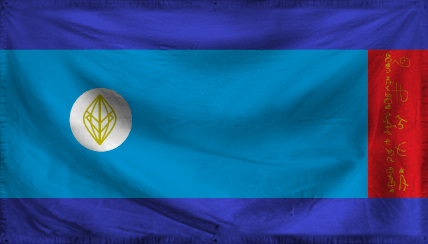 The Empire of Mancharazen-wa is a massive, socially progressive nation, ruled by Kaenurrho-mier Zanaitueron with a fair hand, and renowned for its free-roaming dinosaurs, otherworldly petting zoo, and devotion to social welfare. The compassionate, hard-working, democratic population of 1.197 billion Mancharazãnes hold their civil and political rights very dear, although the wealthy and those in business tend to be viewed with suspicion.

The relatively small, liberal, outspoken government juggles the competing demands of Industry, Administration, and Education. It meets to discuss matters of state in the capital city of Zaigotra-muon. The average income tax rate is 31.2%.

The frighteningly efficient Mancharazãn economy, worth 152 trillion Nouarles a year, is broadly diversified and led by the Tourism industry, with major contributions from Information Technology, Cheese Exports, and Retail. Average income is an impressive 127,694 Nouarles, and evenly distributed, with the richest citizens earning only 3.2 times as much as the poorest.

Pausing for applause during a speech is seen as a form of censorship, movement-triggered sensors mean that for every door that closes another one opens, roadside walls are being built and mother nature is paying for it, and in distant lands the nation is known as a lovely place that was even better in the good old days. Crime, especially youth-related, is totally unknown. Mancharazen-wa's national animal is the Lirú, which frolics freely in the nation's many lush forests.

Mancharazen-wa is ranked 18,958th in the world and 14th in Antarctica for Largest Retail Industry, scoring 7,419.15 on the Shrinkwrap Consignment Productivity Index.