“For every Goliath... there is a stone-filled trebuchet” 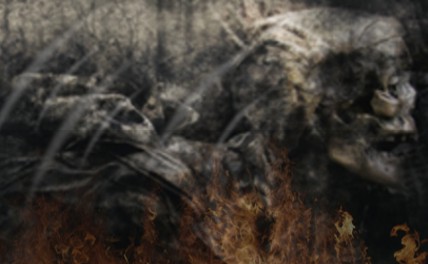 The Dancing in the Depths of Maniacal is a gargantuan, efficient nation, ruled by Horus Lupercal with an iron fist, and remarkable for its sprawling nuclear power plants, smutty television, and suspicion of poets. The hard-nosed, hard-working, cynical, humorless, devout population of 19.811 billion Maniacalians are ruled with an iron fist by the corrupt, dictatorship government, which oppresses anyone who isn't on the board of a Fortune 500 company. Large corporations tend to be above the law, and use their financial clout to gain ever-increasing government benefits at the expense of the poor and unemployed.

The large, corrupt, moralistic, pro-business, well-organized government juggles the competing demands of Defense, Law & Order, and Industry. It meets to discuss matters of state in the capital city of Secret Lair of the Gallows. Citizens pay a flat income tax of 73.6%.

The frighteningly efficient Maniacalian economy, worth a remarkable 2,166 trillion sparks a year, is fairly diversified and dominated by the Arms Manufacturing industry, with significant contributions from Uranium Mining, Retail, and Gambling. Average income is an impressive 109,344 sparks, but there is a significant disparity between incomes, with the richest 10% of citizens earning 382,491 per year while the poor average 22,712, a ratio of 16.8 to 1.

Horus Lupercal has been declared supreme ruler for all eternity, scenic beaches are now protected by massive concrete walls, vulture racing stadiums are open 24/7, and EpiPen sales have skyrocketed. Crime, especially youth-related, is totally unknown, thanks to the all-pervasive police force and progressive social policies in education and welfare. Maniacal's national animal is the vulture, which teeters on the brink of extinction due to toxic air pollution.

Maniacal is ranked 237,545th in the world and 8th in Glass Gallows for Best Weather, with -4 Meters Of Sunlight.