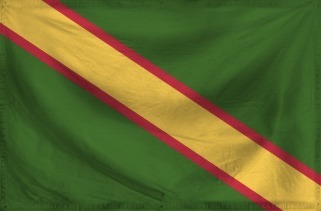 The Republic of Martenyika is a massive, orderly nation, renowned for its frequent executions and stringent health and safety legislation. The hard-nosed, hard-working, cynical population of 2.49 billion Martenyikans are ruled by a mostly-benevolent dictator, who grants the populace the freedom to live their own lives but watches carefully for anyone to slip up.

The medium-sized, well-organized government juggles the competing demands of Defense, Healthcare, and Education. It meets to discuss matters of state in the capital city of Kessa. The average income tax rate is 27.6%, but much higher for the wealthy.

The strong Martenyikan economy, worth 138 trillion Kejs a year, is led by the Arms Manufacturing industry, with significant contributions from Gambling, Furniture Restoration, and Uranium Mining. Black market activity is notable. Average income is 55,808 Kejs, and evenly distributed, with the richest citizens earning only 2.5 times as much as the poorest.

Tradesmen will knock 10% off their fees if customers pay cash, posh restaurants scatter glass fragments on the dining room floor to keep out barefoot undesirables, it is said that a Martenyikan woman's work is never done, and religious households enthusiastically use whips in private. Crime is moderate, with the police force struggling against a lack of funding and a high mortality rate. Martenyika's national animal is the lion, which frolics freely in the nation's many lush forests.

Martenyika is ranked 7,125th in the world and 39th in The Western Isles for Most Influential, scoring 8,029 on the Soft Power Disbursement Rating.