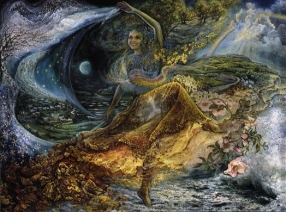 The Matriarchy of Meggland is a gargantuan, cultured nation, ruled by Countess Elizabeth Bathory with an even hand, and remarkable for its smutty television, infamous sell-swords, and punitive income tax rates. The compassionate, humorless population of 12.902 billion Megglandians have some civil rights, but not too many, enjoy the freedom to spend their money however they like, to a point, and take part in free and open elections, although not too often.

The enormous, corrupt government juggles the competing demands of Industry, Education, and Environment. It meets to discuss matters of state in the capital city of Megalopolis. The average income tax rate is 89.6%, and even higher for the wealthy.

The frighteningly efficient Megglandian economy, worth a remarkable 1,663 trillion Jellicles a year, is highly specialized and led by the Tourism industry, with significant contributions from Book Publishing and Information Technology. Average income is an impressive 128,920 Jellicles, and distributed extremely evenly, with little difference between the richest and poorest citizens.

Whipping posts and lashes have been transferred to the Historical Museum of Megglandian Embarrassments, construction of the Really Big Hadron Collider is underway, protests are legal but strictly supervised, and conversion therapy coupons are a popular present for coming of age ceremonies. Crime is totally unknown, thanks to a capable police force and progressive social policies in education and welfare. Meggland's national animal is the Tuxedo Cat, which frolics freely in the nation's many lush forests, and its national religion is Roman Catholic.

Meggland is ranked 103,251st in the world and 2,622nd in the Rejected Realms for Highest Drug Use, scoring 66.2 on the Pineapple Fondness Rating.