“There can never be peace without understanding.” First Speaker Leah Jimenez 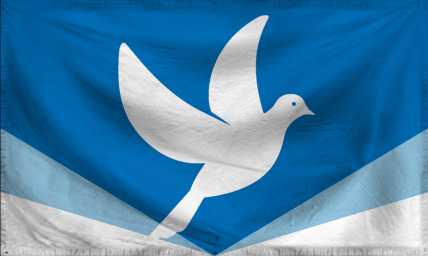 The Federative Republic of Membatak is a massive, safe nation, ruled by First Speaker Leah Jimenez with an even hand, and remarkable for its multi-spousal wedding ceremonies, anti-smoking policies, and complete lack of prisons. The compassionate, democratic, cheerful population of 4.316 billion Membatakians have some civil rights, but not too many, enjoy the freedom to spend their money however they like, to a point, and take part in free and open elections, although not too often.

The enormous government juggles the competing demands of Education, Administration, and Healthcare. It meets to discuss matters of state in the capital city of Saro. The average income tax rate is 93.9%, and even higher for the wealthy.

The frighteningly efficient Membatakian economy, worth 560 trillion Takis a year, is highly specialized and mostly made up of the Information Technology industry, with significant contributions from Tourism, Book Publishing, and Trout Farming. Average income is an impressive 129,878 Takis, and distributed extremely evenly, with little difference between the richest and poorest citizens.

Discrimination on the basis of sexual orientation is illegal, the internet has been placed under government control, the nation has dismantled its entire WMD arsenal, and school children asked "what is two times two?" are likely to form a symposium to discuss how different answers make them feel. Crime, especially youth-related, is totally unknown, thanks to a capable police force and progressive social policies in education and welfare. Membatak's national animal is the Cockatiel, which frolics freely in the nation's many lush forests.