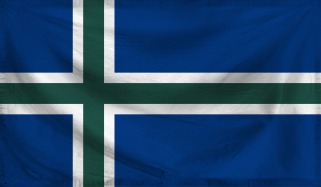 The Republic of Miklania is a gargantuan, genial nation, renowned for its museums and concert halls, sprawling nuclear power plants, and compulsory military service. The compassionate, hard-working, devout population of 11.217 billion Miklanians have some civil rights, but not too many, enjoy the freedom to spend their money however they like, to a point, and take part in free and open elections, although not too often.

The relatively small government juggles the competing demands of Education, Defense, and Industry. It meets to discuss matters of state in the capital city of Saint Michaels. Citizens pay a flat income tax of 12.6%.

The frighteningly efficient Miklanian economy, worth a remarkable 1,899 trillion Shillings a year, is broadly diversified and led by the Tourism industry, with major contributions from Book Publishing, Arms Manufacturing, and Information Technology. Average income is an impressive 169,347 Shillings, with the richest citizens earning 7.7 times as much as the poorest.

Politicians who vacation in East Lebatuck lose their jobs upon their return, administrative districts are increasingly defined by their taste in housing architecture, Eau de Trashcan has become a wildly popular perfume, and the government is attempting to revitalize a gutted private sector. Crime, especially youth-related, is moderate, with the police force struggling against a lack of funding and a high mortality rate. Miklania's national animal is the Eagle, which soars majestically through the nation's famously clear skies, and its national religion is Roman Catholicism.

Miklania is ranked 83,107th in the world and 93rd in The Western Isles for Most Politically Free, scoring 66.38 on the Diebold Election Inking Scale.

Most Recent Government Activity: 38 minutes ago