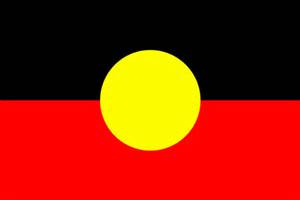 The Mapped Marvellousness of Minyos is a gargantuan, safe nation, notable for its compulsory vegetarianism, hatred of cheese, and devotion to social welfare. The compassionate, democratic, cheerful, devout population of 30.511 billion Minyonians enjoy a sensible mix of personal and economic freedoms, while the political process is open and the people's right to vote held sacrosanct.

It is difficult to tell where the omnipresent, outspoken government stops and the rest of society begins, but it juggles the competing demands of Education, Environment, and Welfare. It meets to discuss matters of state in the capital city of Raxxla. The income tax rate is 100%.

The enormous but inefficient Minyosian economy, worth a remarkable 3,009 trillion minyas a year, is driven almost entirely by government activity, with private enterprise illegal. The industrial sector is solely comprised of the Book Publishing industry. Average income is 98,638 minyas, and distributed extremely evenly, with little difference between the richest and poorest citizens.

Teenagers across the country are celebrating the defeat of a national curfew bill, the people elect the Supreme Court justices directly, the space program has been scrapped in order to focus on more terrestrial pursuits, and the nation is ravaged by daily union strikes. Crime is totally unknown, thanks to a well-funded police force and progressive social policies in education and welfare. Minyos's national animal is the mynah, which frolics freely in the nation's many lush forests.

Minyos is ranked 238,828th in the world and 1st in The Proletariat Coalition for Largest Basket Weaving Sector, scoring -24.68 on the Hickory Productivity Index.