“And when I looked to the moon it turned to gold” 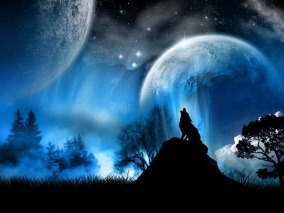 The Now I'm no longer alone of Mr Blue Moon is a gargantuan, socially progressive nation, notable for its barren, inhospitable landscape, absence of drug laws, and spontaneously combusting cars. The hard-nosed, hard-working, democratic population of 13.788 billion Mr Blue Moonians live in a state of perpetual fear, as a complete breakdown of social order has led to the rise of order through biker gangs.

The tiny, liberal, pro-business, outspoken government is effectively ruled by the Department of Welfare, with Education and Healthcare also on the agenda, while Spirituality and Law & Order receive no funds. Citizens pay a flat income tax of 6.5%.

The thriving Mr Blue Moonian economy, worth 681 trillion Casino Chips a year, is driven almost entirely by the private sector, which is quite specialized and led by the Gambling industry, with major contributions from Book Publishing, Woodchip Exports, and Basket Weaving. Average income is 49,433 Casino Chips, but there is a large disparity between incomes, with the richest 10% of citizens earning 207,993 per year while the poor average 7,624, a ratio of 27.3 to 1.

Scientists regularly clone human beings for research purposes, the alarmingly racist TV show 'Bigtopians Say the Darndest Things' is a hit, the death penalty has been reintroduced, and bicyclists are banned from major roads. Crime is a serious problem, perhaps because of the country's complete lack of prisons. Mr Blue Moon's national animal is the Wolf, which teeters on the brink of extinction due to widespread deforestation.

Mr Blue Moon is ranked 16,945th in the world and 4th in Hippy Haven for Highest Crime Rates, with 20.08 Crimes Per Hour.